About The Common Clothes Moth

Successful control of Common Clothes Moth requires planning followed by a thorough treatment by a professional pest control company. To eradicate this pest requires a close understanding of its biology, lifestyle and habits. Integrated Pest Management has the expertise and years of practical field experience, we know which products to use, when to use them and where. 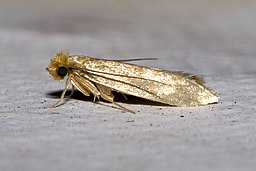 We offer clothes moth eradication – our prices start from just £220 + VAT in all of the following areas, this price includes two visits from IPM Pest Control: